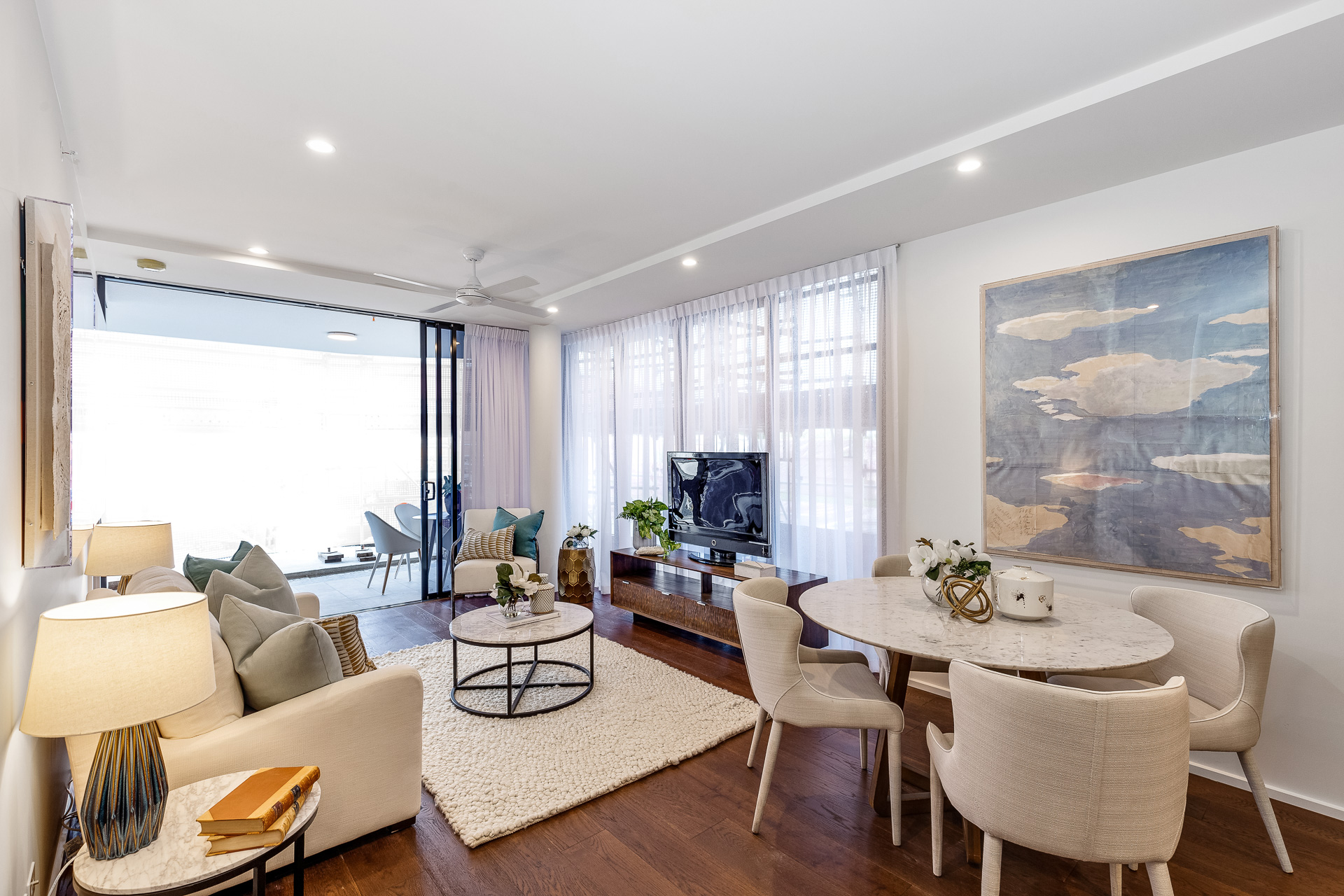 With the iconic inner-city project selling out in only six months, increased demand meant buyers were waitlisted for upcoming residential developments, the latest being Enclave which is located only 750m away.

A resident and commercial tenant of the recently completed Montague Markets, Blaine Ballerini, is one of many homeowners who referred a family member to the bustling masterplanned precinct.

Blaine’s 84-year-old father Frank now occupies his very own boutique residence only two floors below after a relocation from his long-term hometown in Far North Queensland.

Blaine says that his father’s move has been a positive experience which is largely thanks to the convenient lifestyle benefits that Montague Markets offers including unmatched proximity to the city and beyond, and the abundance of services available within the retail hub below.

“My father is the least likely person to want to live in an apartment but after viewing the property and the local area, he purchased his new home at Montague Markets. He moved in in early-July and he absolutely loves it,” Mr Ballerini said.

“It’s great having him there because he has his own space and independence along with privacy and security. One of his favourite features is that he doesn’t have to get in the car to go to the shops – he just catches the lift down and everything is there including Woolworths and medical facilities.”

Blaine says that Frank’s relocation to a new home within the same building offers a major lifestyle change with an abundance of new opportunities, coupled with the benefit of being close to family.

“He is absolutely loving Brisbane and has even joined the New Farm Bowls Club – he catches buses like the best of them.” Blaine said.

Highly sought-after among predominantly owner-occupiers, Pradella’s latest residential project, Enclave, has also experienced outstanding success, with Stage One sold out and more than 50 per cent of Stage Two sold in the first month.

Enclave’s Davies Residences is the last chance for homeowners to secure a residence, with a selection of boutique apartments available from $630,000.

The Enclave Sales Display is located at 321 Montague Road, West End and is open Wednesday to Saturday from 10am to 4pm and Sunday from 10am to 2pm or by private appointment.

To learn more about Davies Residences or to register your interest